Plus
Panthéon
Accueil
(Par Pat Hickey, The Gazette) - Many reporters wait their entire career waiting for a chance to cover the BIG story. But Red Fisher's first trip to the Forum to cover a Canadiens' game for the Montreal Star turned into a literal baptism under fire.

I started covering the Canadiens on March 15, 1955 and the Richard Riot was two days later, Fisher recalled. He was referring to the now-infamous incident in which hockey fans were angered by National Hockey League President Clarence Campbell's decision to suspend the legendary Maurice (Rocket) Richard. The result was a disturbance which began in the Forum and spilled over onto the streets of Montreal.

It was an auspicious start to a career which has spanned more than half a century and has included more than its share of big stories. One of the stories I'm proudest of was in 1984 when I wrote that Guy Lafleur had played his last game with the Canadiens. All the other media laughed at the story and said I was crazy but later that day, the Canadiens called a press conference and announced that Guy was retiring.

On another occasion, Fisher became the first hockey writer to reveal the salaries of NHL players. Mario Tremblay had a radio show and he told his listeners what the players on the Canadiens were making, said Fisher. He asked me what I thought and I told him that Serge Savard said half of the numbers were wrong and they were. I told him to read the Star on Monday because I was going to list the salary of every player in the league and they were 100 per cent accurate.

Fisher doesn't have any difficulty picking out the most memorable event of his storied career. I've covered 17 of the Canadiens' 24 Stanley Cup victories but for sheer emotion there has been anything to match the '72 series between Canada and the Soviet Union. It was a one and only event. Every one of those eight games provided a highlight I'll never forget.

In addition to his reporting on the series, Fisher set the stage earlier that summer when he became the first Canadian sports writer to travel to the Soviet Union and report on life in that country and what the series meant to the man on the street.

Fisher grew up in Montreal and worked part-time for the Montreal Standard, the Montreal Herald and the Star before he was offered a fulltime position at the Star in 1954. He was working at Northern Electric at the time but said he would leave the security of that position if he had a chance to cover the Canadiens. That was in March 1954 and they told me I would have to wait a year and that's how I had a chance to start my career covering the Richard Riot.

The Star went out of business in 1979 but Fisher's coverage of the Canadiens went uninterrupted when he was hired by The Gazette. In the mid-1980s, a former Gazette executive who will remain nameless, suggested that Fisher had lost his fastball.

Nothing could be further from the truth. Fisher won his second National Newspaper Award in 1991 and he won a record third NNA for sports writing in 2008 at the age of 82. The fastball was blazing for that story as he took the unpopular view that the Canadiens were making a mistake by retiring Patrick Roy's number. 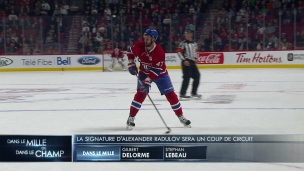 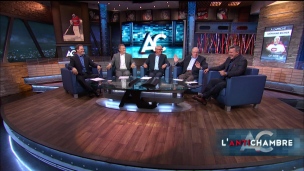 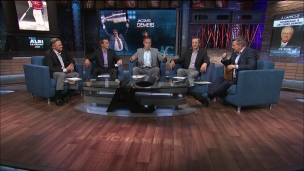 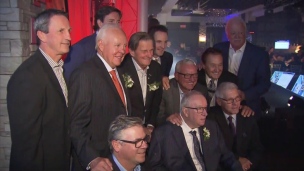